Ernest Hemingway was one of America’s most influential 20th-century writers. A novelist, short story writer, and journalist, he won both Pulitzer and Nobel Literature prizes for his novel The Old Man and the Sea. Hemingway’s writing style is economical and understated, yet he lived a life abundant with fame and adventure. Today we have some famous Hemingway quotes. 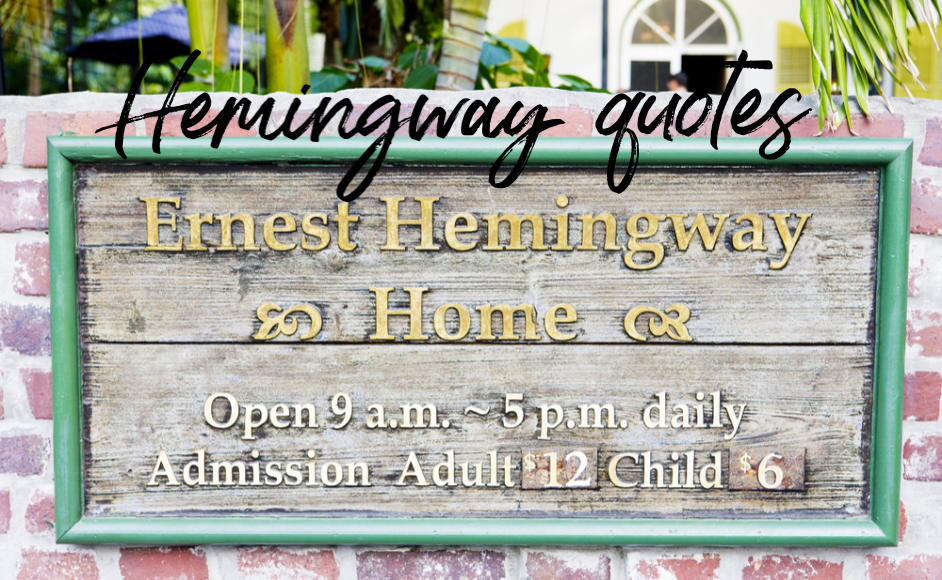 Hemingway was from Chicago, but spent his childhood summers in Northern Michigan where he cultivated his sense of adventure in the wild woods, rivers and lakes near Little Traverse Bay. Today you can visit many of the same places Hemingway visited in and around Petoskey.

Hemingway’s outdoor exploits, military service in World War I, and world travels greatly influenced his unique outlook on life. His extraordinary perspective is reflected below in these 20 famous Hemingway quotes from his writings and interviews. They include everything from wisdom about aging to advice for writers.

If you enjoyed 20 famous Hemingway quotes, you may also like: